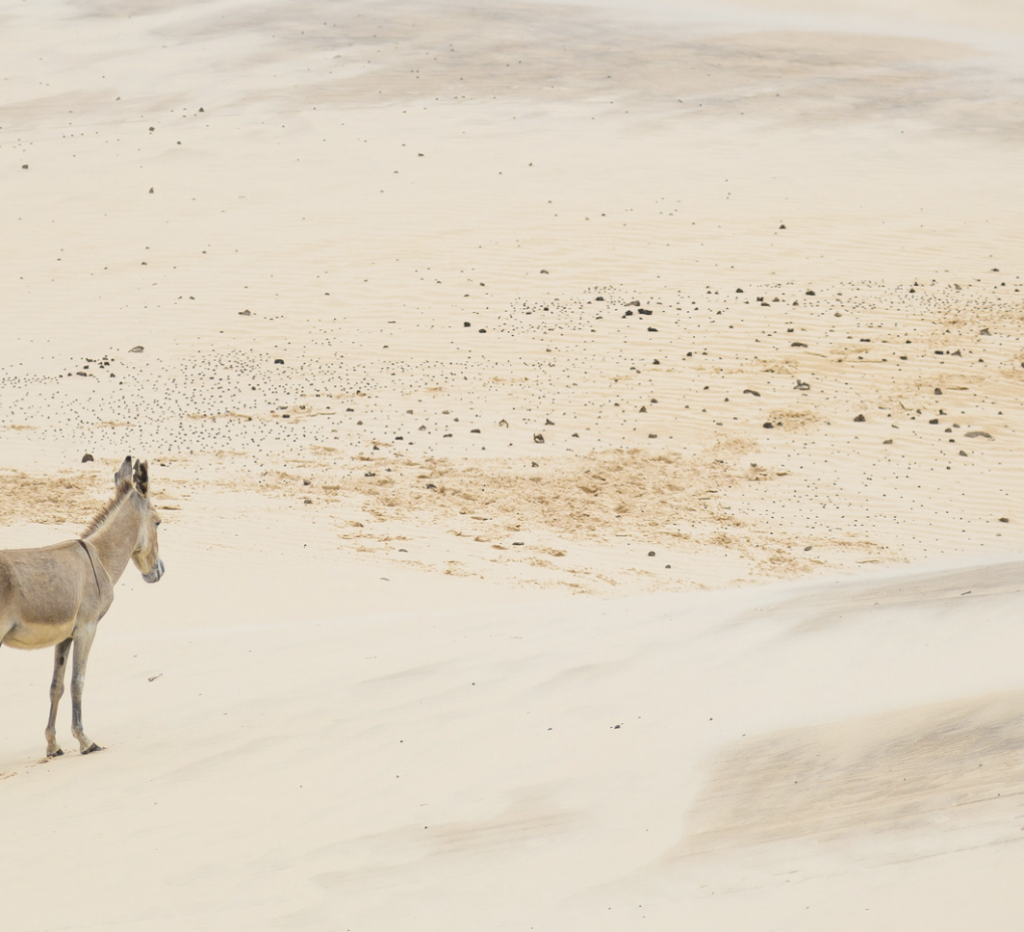 Transcript: The Presumptions of Balaam

Good morning, everyone.Welcome back again to my channel.

Today, I am in Numbers 22. Thank youfor joining me on my Bible study journey.

We learn about the characterof Balaam who is not an Israelite.

He is a non-Israelite diviner

and he is actually a sorcerer who the kingof the Moabs Ballak uses quite often.

and I also have the screen here for you,for you to follow along.

Now see, God said, IF the men have cometo you, rise and go with them.

But Balaam didn’t even wait for the Lord

to confirm that God wanted himto go with these men from Moab.

So God was very angry, angry with Balam.

So here Balaam was presumptuous.

It was a presumption that he thought

that God said for him maybeto go ahead with the men.

So what does the word presumptuous mean?

This is the word that came up as I was

reading the story that Balaam waspresumptuous in not waiting

for the Lord’s OK and permission andpacked up his donkey and went on his way.

The word presumptious is defined as

failing to observe the limitsof what is permitted or appropriate.

And this shows disregard or disrespectby doing things we have no right to do.

We’re overstepping the line and we are

This is exactly whatBalaam did. He overstepped.

He did not wait for God and he was taking

liberty of just going beforeGod even said that he could.

And it was interesting that in the NIV,

I’ve initially read this in the NIV and it said that,”Since God had said for him to go

in, the NIV it said,that night God came to Balaam and said,

since these men have come to summon you,go with them, but do only what I tell you.”

So I really didn’t understand if God hadtold him, SINCE these men have come

to to summon you, it sounds likeGod had permitted Balaam to go.

And Balaam did exactly what the Lord said.

He got up, packed and went.

So why was the Lord angry at him?

I digged in a little bit more and tried to findout what the other translations say.

So sometimes when you see a contradiction,

good to test and checkother translations as well.

I went to the King James.

They went to the ESV,which we’re reading here today.

It actually doesn’t say sincethese men have come to you.

But he says IF the men have come to callyou right. IF. It’s a condition,

come again to confirm, to askBalaam to go with them.

But Balaam in his country sumptuousnessgot up and packed and set on his way.

So that was why God wasreally angry with Balaam.

Also, what I found interesting here ishow the donkey saw the Angel of the Lord.

So she tried to move aside.

I tried to avoid the Angel of the Lord

for fear, and she knew there wasan obstruction on the path.

And Balaam was angry at the donkeyfor being disobedient.

And when he was angry, he struck her every time is angry.

Three times. She disobeyed, he struck her.

She disobeyed his struck her.So in his eyes,

this donkey was very disobedientand that’s why he was angry and struck her.

The irony is that it was actuallyBalaam who was disobedient.

And how much more should God be angry

with the men before gettingGod’s final approval.

Yet God was merciful.

God actually used a donkeyto speak to Balaam to warn him.

He sent his angel and then warnedBallum by turning his donkey

to the side and so that Balaam wouldnot continue on his journey.

So God was so much more mercifulthan Balaam was to his donkey.

And thank God for that,because when we are disobedient,

sometimes we don’t knowand we need God to remind us.

So when I read this, I was wondering, OK,

so I didn’t really knowthat much about Balaam.

I didn’t know the fullstory of what happened.

But as I researched more about Balaam,about who he was, he was not an Israelite.

He was a divine or a sorcerer.

So he was not part of the groupthat God had chosen.

Now, did God speak to him?

So it seemed like he seemed loyal to Godbecause he refused to curse God’s people.

He knew that the Israelitesbelonged to God.

He knew that he would notwant to curse God’s people.

Perhaps out of fear. Perhaps

out of loyalty, and we find out later,

actually, that he did not curse God’speople more out of fear and selfish

reasons, fear his own life more thanfor God’s honor and for God’s purposes.

And we’ll read a little bitabout why we find that out.

So when Balaam realized that it was God’s

stopping him from continuing on hisjourney, he repented immediately.

He said, OK, if this is not what you want,I will go back right away.

So in his heart, he feared God.

He didn’t want to curse Israelitesbecause he knew that God was with them.

had a relationship with God,because it’s not only God,

the Lord God Almighty, who he depends on,but we know that he is a sorcerer.

So he definitely worships other typesof gods and different types of

want to die and he didn’twant to be punished.

Now, why didn’t he wait for God if he knewthat God is somebody to be feared?

Why did he go aheadand pack up on his journey?

and do this beforeGod gave him the permission?

So to apply to our lives,

we need to check our assumptions,assumptions with God for as always,

don’t be presumptuous thinking that it’sOK that this is what God wants.

Ask God for a confirmation before acting.

You know, the next time that our “mode of transport”,in this story it was the donkey.

But in our lives,whatever that “mode of transport” is for us

to get something done,whether it’s a tool or a resource,

when that mode of transport,a resource glitches up,

like the donkey seem to be glitchingthree times, maybe we should stop first.

Stop what we’re doing and think,God, is this what you want me to do?

going on this path that willdestroy me and dishonor you.

So stop and check if there are glitches

in your mode of transportationbefore you continue doing something.

So if you just read this story,

order, but he madea mistake and he repented.

There’s nothing wrong with that.Right?

But if you read the end,he doesn’t end well.

He may have gotten to this point where heknew how powerful God is,

but he never really got to the point wherehe had a true relationship with God.

Did God use him to speak?Yes, he did.

But Balaam did not continue to make

the most of that opportunitywhere God spoke to him.

He did not continue to make the most

of that relationship that healready started to have with God.

So we find out that he actuallydoesn’t end very well.

He ended up deceiving the Israelites.

He ended up seducing them into havingrelationships with the Moabite women

and drawing them into sexualsin and idolatry.

So how do we know this? In Revelation 2…

he says, But I have a fewthings against you.

So what did Balam do here?

He seduced the Israelites.

to idolatry and moved themaway further away from God.

the whole chapter is about falseteachers and false prophets.

So this is a very terrifyingand heartbreaking passage.

It talks of people who know of God’s

goodness and God may have even usedthem before, just like Balaam.

God had used him.

But in the end they didn’tmake the most of that.

They turned away from whatGod could offer them

and gave themselves up to corruption

of the flesh and not just themselves,that they led God’s people astray.

And the state where they ended up is

actually worse than if they hadnever even known God before.

So here, it’s like if you knew God,if you’ve been used by him.

And yet in the end you turn away from Him is

even worse than if you hadnever known Him at all.

God sees you as worse and deserving of his

righteous judgment,because not only do you condemn yourself,

but you lead others astray and you becomea stumbling block for God’s chosen people.

they profited from the gospel,

they profited from God’s wordfor their own selfish needs.

They do not obey God out ofwanting to honor him,

not out of zeal for the love of Godor for the glory of the Lord,

but they wanted to benefit.

That’s why they wanted God to usethem for their own benefit.

And that’s not what God is pleased with.

And we see here how

So pray for your pastors,

pray for the teachers of the wordthat they would

for their own selfish benefitsand endeavors and ambitions,

and keep them on the straightpath. We want to use

God’s word is as guardrails for our lives,

and to help other people stay within those

areas as well, not to use it for ourown benefit or popularity or fame.

And as we continue reading in Numbers 25, the

at the prompting of Balaam,they gave in to the sexual immorality,

they started worshiping Bael and Godpunished them by sending them a plague.

And as a contrast,

we see the kind of priestwho is pleasing to God.

We see this in Phinehas, son of Eleazar,son of Aaron, the priest.

So Phinehas was zealous for the gloryand for the honor of God.

He obeyed God, not for hisown selfish ambitions.

He didn’t intercede for the Israelitesout of his own selfish ambitions,

but because he was zealous from the honor

and glory of God. So here, let’scheck our hearts.

Why are we honoring God?

Why are we obeying God?

Is it because we fear for punishment, out

of fear that this great,amazing, fearful God would punish us?

Or is it because we’re obeying God because

of a love for Him and becausewe want to see God lifted high,

because we want to see God being honored

and we want to see Godand being glorified?

What is that heart motivation of

why you obey God?

You may be doing all the rightthings you’re supposed to do.

Maybe you’ve said to yourself, I have notsinned because I haven’t done anything.

I haven’t been like these otherpeople who sin all around me.

That sounds like the Pharisees who don’treally have a relationship with Jesus.

They’re doing it because theythink it’s the right thing to do.

They think that they won’t be punished.

They’re doing it out of fear and dutyand their own self righteousness.

What is your heart saying?

and because you love the Lord your God,and you obedience is an overflow

from that love and from that relationshipthat you have with him.

So check your heart.Are your being out of fear or guilt?

If that’s the casefrom your heart, ask God,

ask the Holy Spirit to give you a newheart.

the Lord, your God above all things, andyou want to obey because you love Him.

Thank you for watching.

I look forward to seeingyou in the next video.

Get Notified About New Posts

Freebie: ACTIVE LIVING Family Workbook for this Summer PLUS a Giveaway Contest

Doing the Impossible with God: Crossing the Jordan at Flood Stage

Bible Study Notes on Leviticus 11 and Mark 7: 5 Ways to Maintain a Clean Heart 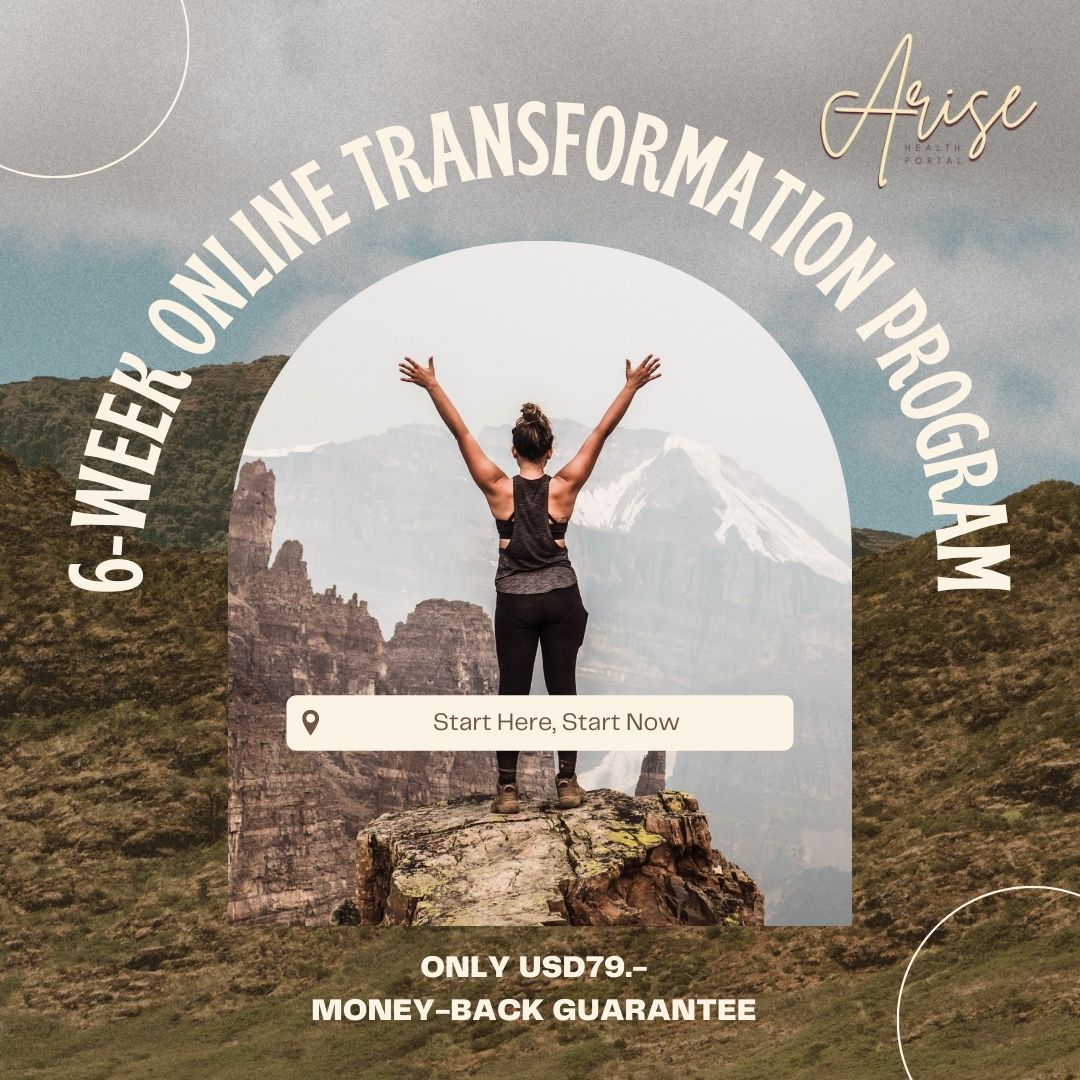